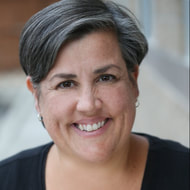 I moved to Utah from Tennessee in the Fall of 2017. While living in TN, I served as president of the Spring Hill Arts Center for 2 years, after having been on the board for over 5 years. In 2011 I founded, directed, created curriculum for, taught, and operated Out of the Box Children’s Theatre, which has grown to become one of the largest children’s theaters in the Greater Nashville area. My love of theater began in high school, where I was very active – both onstage and backstage – in the community theatre. From there I went on to participate in Young Company at BYU. I got her degree in Theater from BYU, with primary focuses in Children’s Theater and Directing. In 2017 and 2020,  I attended the Broadway Teachers Workshop in NYC. I continues to travel back to Nashville most summers to direct summer camps at Out of the Box Children’s Theatre. Some of my favorite shows to direct were: Into the Woods Jr, Little Mermaid Jr, Bugsy Malone, Elf Jr, Rumors, Frog and Toad, and Fools. Most recently, I direct and teach for COPA.  Other noteworthy achievements: studied tap with Bruce Stegmann. I have taught at Oak Canyon Jr High since 2019.